Yugoslav author Danilo Kiš sparked a literary firestorm in his home country with his short story collection A TOMB FOR BORIS DAVIDOVICH. It was translated from the Serbo-Croatian by Duška Mikić-Mitchell and published in English two years later – 1978 – garnering praise from Susan Sontag and Joseph Brodsky. The author and critic Adam Thirlwell rates Kiš as ‘one of the greatest novelists of the twentieth century’.

The stories in A TOMB FOR BORIS DAVIDOVICH are set primarily in Russia and Eastern Europe during the Stalinist Terror of the 1930s. Ostensibly based on real events, Kiš blends fact and fiction to portray the lives of seven misguided revolutionaries who all fall victim to the totalitarian ideologies they espouse.

Kiš’ techniques were often experimental; he deliberately references other writers, such as Jorge Luis Borges, Bruno Schulz and James Joyce, in a manner that was unfamiliar to his contemporaries. When BORIS DAVIDOVICH was published, certain members of the Yugoslav literary establishment accused him of plagiarism. This quickly escalated into a major literary scandal that ended up in court. Kiš emerged victorious, but left Belgrade for Paris shortly afterwards.

The child of a Serbian mother and a Hungarian Jewish father, Danilo Kiš was also a translator. He translated numerous French, Hungarian and Russian poets into Serbo-Croatian, including Sándor Petöfi, Marina Tsvetaeva, Corneille, Baudelaire and Verlaine. One of his last translations was Raymond Queneau’s EXERCISES IN STYLE.

Turning to another famous French book, A LOVER’S DISCOURSE: FRAGMENTS by the philosopher and critic Roland Barthes was also made available to us in English in 1978, quickly becoming a staple of every student bookshelf. Like many other important works of popular culture (including some mentioned in #TA60 1958 and 1962), Barthes’ structuralist analysis of the lexicon of relationships, love and desire was translated from the French by the prolific and multi-award-winning American translator Richard Howard. 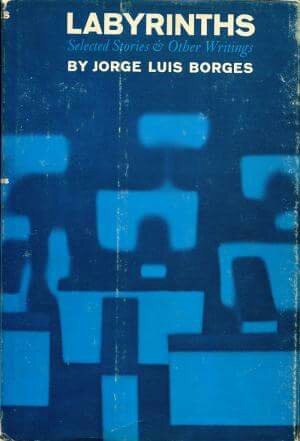 Jorge Luis Borges, whose surreal prose is often considered to have opened the door to magical realism, was largely unknown in the English-speaking world until 1962. The influential Argentine writer was awarded the prestigious Prix International jointly with Samuel Beckett, after which his stories, essays and poems were translated and collected in two major anthologies: LABYRINTHS and FICCIONES. LABYRINTHS was edited and translated by Donald A. Yates and James E. Irby, with contributions by Harriet de Onis, Andrew Kerrigan, John M. Fein, Julian Palley, Dudley Fitts and L. A. Murillo.

Borges went blind at the age of 55: by the time his work found international fame he was no longer able to read. He was fluent in several languages, including English and French, and his Spanish translation of Oscar Wilde’s “The Happy Prince” was published when he was only nine. In his early years as a literary critic he would sometimes publish original works and pass them off as his translations of imaginary authors.

In LABYRINTHS, his essay “The Mirror of Enigmas” examines different translations and interpretations of I Corinthians 13:12 and their implications. Videmus nunc per speculum in aenigmate… Are we looking through a mirror as through a glass skylight, or staring into it at a reflection? Is what we see a glimpse of divinity, or the infinite abyss of our own souls?

Staying in the realm of the enigmatic and surreal: a close collaboration between director Alain Resnais and the author Alain Robbe-Grillet resulted in the classic French Left Bank film LAST YEAR AT MARIENBAD. The screenplay was later turned into a “cine-novel”, which was translated into English by Richard Howard and published in 1962.

Founded in 1958, the Translators Association of The Society of Authors (TA) is celebrating its 60th anniversary. For the next 60 weeks we will post and tweet a classic translation for each TA year, and name the translator who rewrote it so we could enjoy it in English. Follow on Twitter with the hashtag #TA60.

DOCTOR ZHIVAGO, Boris Pasternak’s epic masterpiece, was smuggled out of Russia and first published in Italian, translated by Pietro Zveteremich. In 1958 readers were able to enjoy the first English translation – from the Russian – by Max Hayward and Manya Harari.