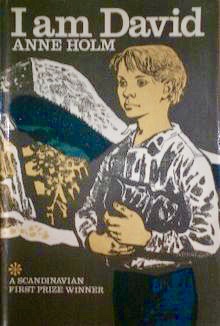 I AM DAVID by Anne Holm was a landmark in 20th century children’s literature. Until it was published and achieved great international success, political evil was not considered a suitable subject for young readers. The book tells the story of the fictional David, who escapes from a mysterious concentration camp and has to cross Europe to try and find safety in Denmark. I AM DAVID was translated from the Danish by L.W. Kingsland and published in English in 1965.

Junichiro Tanizaki’s DIARY OF A MAD OLD MAN also appeared in English in 1965, translated from the Japanese by Howard Hibbett. Tanizaki, one of the great modern Japanese writers, uses the diary form to explore the power love and sex continue to exert over the sick and ageing protagonist.